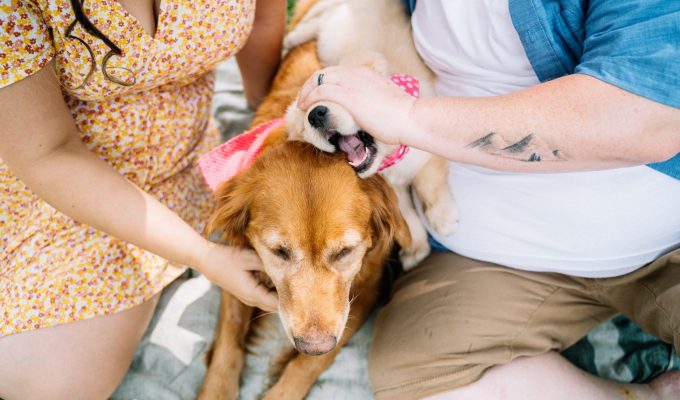 There’s been a lot of talk recently about pet owners relinquishing their rights as pet owners in favour of saving the planet. It’s quite simple, many pet owners aren’t willing to give up their furry friends for anyone. Whether that be to save the environment, reduce the number of pets on the planet, or any other reason that might be touted as ‘for our own good’. Perfect-Pets Books discusses the environmental issues of pet ownership, and why pet owners will never give up their pets.

Worldwide we are a planet of pet lovers and many pet owners see their pets as part of the family. That’s why giving up our pets is out of the question. However, believe it or not, the idea to reduce the number of pet companions on the planet is gaining in popularity.

In an interview on Good Morning Britain environmental campaigner Donnachadh McCarthy argued that once pets die, they shouldn’t be replaced due to their environmental impact. The debate was raised after the PDSA found that over half of adults in the UK own a pet after numbers soared within the last year. Most pet owners were highly offended by these remarks, but these opinions are on the rise which is pause for thought.

Donnachadh quoted a 2019 study that showed the average carbon emissions of a dog is equivalent to two households’ electricity for a year. Donnachadh said: “Like everything else, cars are convenient, flights are convenient, cats and pets are nice to have but we have to think of the consequences behind them.”

The discussion on Good Morning Britain raises some very uncomfortable environmental questions. Surprisingly, there has been a number of studies and reports on this topic indicating that it is a popular concern for scientists and environmental activists, but necessarily pet owners.

Scientists argue that there is an ecological cost of feeding our pet’s meat-based kibble. Cat and dog food are both traditionally meat-based products. Due to the production and processing of these products it is argued animal meat for food represents one of the biggest contributors to greenhouse emissions.

In the last decade, the pet care accessory market has grown by 66%, and for Britain that boils down to just over £70 per person on average. Add in the number of plastic toys and accessories available on the market pets worldwide, and the environmental impact is substantial.

However, amongst all of the facts and figures that make valid points, one of the biggest reasons that pet owners decide to have a pet is the value they give for their mental health and happiness.

Studies have shown that:

Yes, there are certain steps pet owners can take to help the eco paw print of their pet, but many pet owners will not give up their pets or refuse to add an additional pet to their family home, when the time comes.

Perfect-Pets Books has a number of essential guides to help pet owners give the best care possible to their furry friend. For more information visit: www.perfect-pets.org