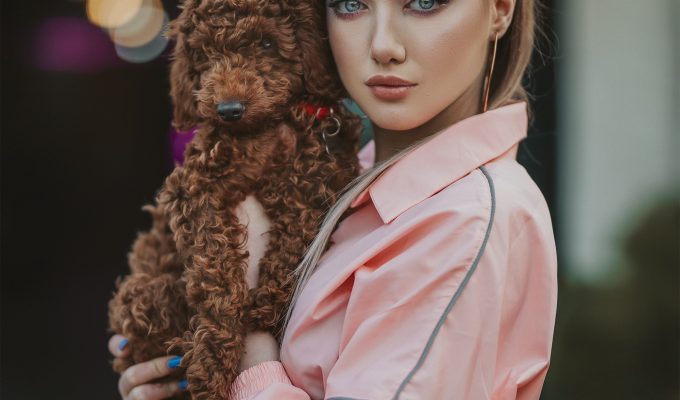 According to the Pet Food Manufacturers’ Association, a massive 3.2 million households across the UK have acquired a new pet since the beginning of the pandemic.

That the biggest buyers of pets have been Millennials and Gen Z should come as no surprise – together, the groupings cover everyone aged between nine and 40. The majority of Millennials (i.e. people aged between 25 and 40 years old) currently own a pet, and this generational love of animals was charted before lockdown even began. With the name ‘Millennial’ describing such a broad range of people, pet parenthood is one of the few factors that actually ties most of the group together. Last year, a survey by YPulse found that 35% of millennials of 20-38-year-olds (Millennials and older Gen Z’ers) owned cats, over half had a dog and 76% had a pet of some sort.

YPulse have also reported millions of new pet-owners in the Millennial generation, with 7% saying that they have adopted a pet during COVID-19 to have company during quarantine. 49% said that pampering their pets brought them happiness. 42% say they consider their pets to be their children.

The PFMA has said that young people are the main drivers in the pet-ownership boom, with more than half of new owners aged between 16 and 34.

You Save a Life

When you adopt a pet, you offer them a new home and a fresh start, and are given unconditional love in return. This may well be the most important reason to adopt a dog. And the timing couldn’t possibly be better: lockdown has allowed 42% of young pet owners to spend more time with their pets, allowing their bonds to grow closer. 29% of young pet owners have said that they regularly purchase presents for their pets.

23% said they splashed out on the highest quality pet food available.

Think about What Your Money Is Supporting

The PFMA has voiced some concerns about animal welfare, with the futures of pets bought in response to temporary isolation appearing less certain than long-considered adoptions. Pets in need are now being turned away by many rescue centres in the UK, as the pet boom has caused these centres to fill up.

If you do choose to adopt a rescue dog, you’ll need to do whatever you can to make sure they adapt well to their new and loving home as quickly as possible. Bringing a new pet into your home involves a huge amount of perseverance, patience and learning, and it’s a commitment that needs to last beyond the lockdown, birthday or Christmas that prompts the adoption.

It is also possible that unexpected difficulties and challenges can come about as a result of introducing a pet to a household during COVID without due consideration. It’s not all bad news for pets though: 23% of young pet owners surveyed said that COVID has resulted in them spending more money than usual on their pets. 17% have even gone without something that they need so that they can buy something for their pet. Although it can be challenging at times, rescuing an animal in need is often extremely rewarded. As you bring the pet into your home, helping them with any issues they may have will be difficult but could also allow you to create an extra-special bond. Some rescue dogs will already be well-trained, having been rehomed through no fault of their own.

According to YPulse, on top of the standard pet expenditure on the necessary food, bedding and healthcare supplies, almost half of young pet owners have spent extra money on special food treats in the last six months, and 51% have purchased toys. 34% have purchased additional grooming items. Compared with other generations, one survey by Rover found that Millennials are the most likely to have spent more than usual on their pets during the pandemic.

This spending may soon need to come to an end: a shortage of some dog and cat food products has been noted by UK supermarkets due to the ‘unprecedented’ rise in pet ownership.

According to the PFMA, under-35s account for 59% of new pet owners, with 56% of those buying a pet for the first time also having children at home.

Unfortunately, some of these new pet owners have been finding that they had not anticipated how challenging it would be to look after their new acquisitions.

9% of young pet owners have said that they have to buy the cheapest pet food they can get.

Whether or not now is the right time for you to rescue is the first thing you should consider before rehoming a rescue dog. It’s really important that you can give your new dog your full attention at all times when you’ve just rehomed them, whether or not they are a rescue. Training a new pet has proved challenging to a fifth of families with children, while more than a third of new owners said it was like having a baby.

5% of owners who bought a pet during the pandemic have already had to surrender that pet to a pound as a result of these unexpected challenges.

There is some good news, though: While in lockdown, 74% of those interviewed said that their pet had helped their mental health. And we pay back our pets for that support, with 30% of young owners splashing out on high-end pet food as a treat.

For the 17 million UK homes that now have a pet, dogs and cats remain the firm favourites. If you are one of the many new dog or cat owners across the country, you may find our series of guides on animal care very helpful. Check out our Essential Guides to Rescue Dogs, Whippets, Labradoodles and more to make sure you’re giving your new family member all the care they need.

6 Cat Breeds that You Will Love

8th August is International Cat Day, so we think it’s the perfect time to introduce…

We’ve said it before and we’ll say it again: Just like humans, cats are a…