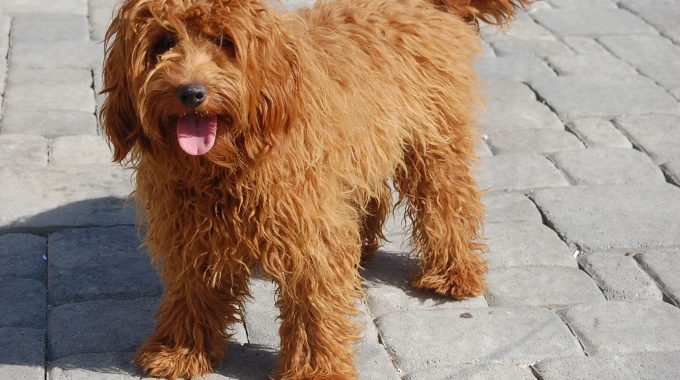 Labradoodles have quickly become one of the most popular dog breeds out there, and it’s not difficult to figure out why. The Royal Guide Dogs Association of Australia originally developed the breed as a hypoallergenic option for guide dogs by crossing Poodles with Labrador Retrievers. Their low-shedding coat makes them the ideal option for dog lovers with an allergy to animal hairs, and dogs of this breed are often smart and sociable with a nature appropriate for guide dogs.

These affectionate Labradoodles are not yet consistent in their temperament or coat, but are still wildly popular. If you want to bring one into your own home, it’s best to try and adopt, as some of these mixed breed dogs do end up in rescues and pounds.

Read on to learn all you need to know about Labradoodles!

Exercising with Your Dog

Clinical obesity is a growing problem, according to a study by the WHO in 2018, which found that the condition affects 28.1% of adults in the UK. 58.3% of pet cats our obese or overweight, according to the Association for Pet Obesity Prevention, and so are 52.5% of pet dogs. The situation isn’t really any better with our pets.

But it is worth noting that energetic family dogs like beagles and labradors are a great companion for those looking to drop a few pounds, as they need a significant amount of exercise. There are loads of different ways you can exercise with your dog. If you want to know exactly what you’ll need to do when you bring your new dog home and avoid causing them health problems, such as obesity, it’s well worth putting in the work and research in advance.

Go for a Walk

Your dog needs to be walked, so it’s your job to make sure you have the time to stay on top of that. Completing a good hike with your Labradoodle is a great goal to keep in mind for your exercise plan, but you can start with a walk and build up from there if you’re not used to strenuous exercise. You need to make sure you have time for that daily walk, so getting up a little earlier in the mornings may be necessary.

Before you add any dog to your family, of course, a great amount of consideration should take place. Some dogs are vulnerable to the cold if they have very short coats and little or no undercoat or body fat, such as Greyhounds. Chilly walks necessitate sweaters and coats for these dogs, and they will need to live inside in cool climates.

If you live somewhere that experiences very cold spells, it’s kinder and simpler to adopt a dog like a Labradoodle, whose thick hair makes them less vulnerable to the cold than other breeds.

Labradoodles love to shower the whole family with affection and are likely to bond closely with their main human, unlike some other breeds which will remain independent and aloof even if they’ve been raised by the same person since puppyhood. They’re very playful, and tend to make great family dogs because they’re great with kids. Of course, your Labradoodle will also bond more easily if they were raised inside a home around people, as this will allow them to feel more comfortable with humans. Breed isn’t the only factor that goes into affection levels.

Remember: When you bring a dog home for the first time, they’re likely to find everything pretty overwhelming at first.

Friendly to Other Dogs

Just because a dog is friendly toward humans, it doesn’t mean they’ll necessarily be friendly to other dogs too. Fortunately, Labradoodles are friendly towards both dogs and humans. Some dogs will turn tail and run if they aren’t comfortable with other dogs, while others may try to dominate or fight the other dog. Labradoodles would rather play than fight.

Once again, good canine social skills comes down to more than just breed, which is why it’s best for dogs to live with their mother and littermates until they are at least six to eight weeks old, and to spend lots of time playing with other dogs during puppyhood. It takes time and effort to make sure an individual of any species has good social skills. But, given the opportunity to socialise, Labradoodles are more predisposed to canine friendliness than some other breeds.

While some breeds will be aggressive, nervous or indifferent around people they don’t know, Labradoodles and other stranger-friendly dogs will greet guests with a wagging tail and a nuzzle. As an adult, dogs of any breed will respond better to strangers if they were exposed to lots of different types, ages, sizes and shapes of people as a puppy. Labradoodles are just a little ahead of the curve in this respect.

Labradoodles are always ready and waiting for action, as they have very high energy levels. They have the stamina to put in a full workday, as their Labrador ancestors were originally bred to perform canine jobs like herding livestock and retrieving game for hunters. Labradoodles love to spend time investigating any new smells and signs, jumping and playing – they need lots of exercise and mental stimulation.

If you want a dog content to doze the day away, you need to look for a low-energy dog – the canine equivalent of a couch potato. Think about whether you’ll find an energetic, cheeky dog annoying or exciting when you pick your breed, and always take into account your own lifestyle and levels of activity.

A slow evening stroll around the block probably won’t be enough for a Labradoodle. The Labradoodle’s ancestors were bred for physically demanding jobs like hunting and herding, so they need daily, vigorous exercise. Digging, yapping and chewing are some common ways that a high-energy dog might vent their pent up energy if they aren’t getting enough exercise, and they may put on some weight.

If you’re interested in training your dog for a high-energy sport, or are generally an active, energetic person, a Labradoodle might be the right choice for you.

For more information about building your relationship with man’s best friend, check out Need2Know’s Essential Guide to Dog Training which explains why positive reinforcement works much better than the outdated, scientifically disproved harsh methods and takes you step by step through the important elements of training that ensure your dog will be a pleasure to live with.

Need2Know have books about all 10 of the UK’s most popular dogs, including Pugs, Bulldogs and Cocker Spaniels. Becoming a doggy guru has never been easier!