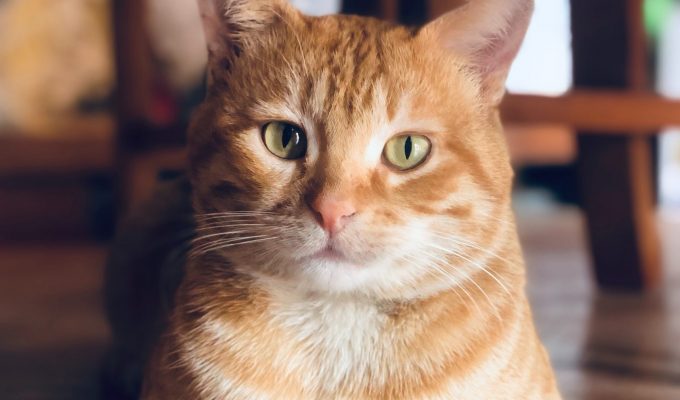 8th August is International Cat Day, so we think it’s the perfect time to introduce you to some of our favourite cat breeds. You’re sure to fall in love with these feisty felines!

A purring cat is an image of affection and relaxation that we find simply irresistible, but which breed do you want as a new family member?

Highly confident socialites, Scottish Folds love nothing more than to be around their owners. They love to test their own mental capacity, so puzzle toys and teasers are often their favourite playthings.

Sweet-natured Burmese cats thrive on excessive amounts of attention, and are generally a highly personable breed. Left by themselves for too long, they will become lonely and begin to seek out attention. They want to be by your side, enjoying your company and doing what you’re doing.

The sociable Bengl cat exhibits one of the main signs of intelligence in cats – a visible enjoyment of human interaction. If they get the opportunity, cats of this breed tend to love exploring their surroundings by jumping and climbing, and some will even play fetch or play in the water! The breed is not generally recommended for first-time cat owners, as Bengal cats can be a bit of a handful.

Your Siamese cat will talk to you until you have no choice but to listen up if you don’t give them all the attention they want as soon as you walk in the door. Even the biggest family will be able to gel with these friendly felines thanks to their readiness to bond with children and other animals.

The low pitch of the Siamese cat’s very loud meow can often come as a surprise to new owners. Their outgoing temperaments often win praise for these elegant felines. Their elegance can be outweighed by their inquisitive, nosy natures, though, as they will explore every corner of a house and are constantly getting into mischief.

An Abyssinian’s hairs feature light and dark bands of colour up each hair shaft, giving them what is known as a ‘ticked’ coat. Fawn, ruddy brown, red and blue coats are all available. Some other colours can occur, though they aren’t all recognised by associations. They’re often said to resemble cougars because of the warm glow of their coat. Green or gold, almond-shaped eyes are typical in Abyssinian cats, who have broad ears and wedge-shaped, rounded heads.

Fine-boned legs support a slim, strong and athletic body. The breed is susceptible to one or two conditions, but these are often tested for and screened out by responsible breeders. Renal amyloidosis, gum disease, hyperesthesia syndrome, dislocated knee and progressive retinal atrophy are all worth watching out for.

There’s a good reason for the air of superiority that surrounds the confident abyssinian. Climbing and jumping are among their favourite pastimes, but they can get frustrated if you don’t give them enough attention or room to roam. Challenge their intelligence with puzzles, and keep a variety of toys on hand to keep them occupied.

The intensely inquisitive Abyssinian is highly intelligent. Abyssinians will often live for between nine and 15 years.

With a little motivation, the Abyssinians’ intelligent nature means they can be trained to perform tricks. Although an Abyssinian will happily curl up next to you from time to time, they will spend the rest of their time in near-constant motion. Frequently absconding with items that take their interest, cats of this breed are sometimes referred to as “Aby-Grabbys”. They leave no nook or cranny unexplored as they investigate their space.

Abyssinians were exported from Britain to the US in the 1930s, at which stage a breeding programme was implemented. The breed has steadily grown in popularity since, surviving even the decimation of World War II tanks to a successful breeding programme.

If you want more information about similar cat breeds, you may enjoy our new book: Which Cat? An essential guide to Britain’s 20 most popular breeds.

American Bobtails originate from 1960s Arizona, when male tabby kitten with a short, upright tail was found by the side of a road. Dubbed ‘Yodi’, the kitten was taken home by American couple John and Brenda Sanders and bred with the couple’s other cat, ‘Mishi’.

The American Bobtail’s characteristic short bobtail came from this initial breeding. The first true American Bobtails were the offspring of Yodi and Mishi’s kittens, who were outcrossed to long-hair colour points. They became recognised by the International Cat Association (TICA) as a breed in their own right in 989, after longhaired American Bobtails gained a reputation for the breed.

Breeding programmes today typically rely on pedigree american Bobtail stock, but it is still possible to find feral cats with bobtails. This breed is very rarely seen in the UK, and is uncommon even in America.

Loving to spend time around their whole family, American Bobtails are sociable cats who will enjoy the affection of anyone who wants to give it to them. They won’t fawn after your attention, and are great with kids and other animals.

American Bobtails are equally happy out and about or lounging on a sofa. Some have even been successfully leash-trained.

We hope you’ve enjoyed this quick run-down of some of our favorite breeds. Sadly, we don’t have enough room here to even scratch the surface of the world of felines, but fear not! There’s plenty more information to be found in our book collection. Why not head over there now to continue your kitty education?

According to the Pet Food Manufacturers’ Association, a massive 3.2 million households across the UK…

We’ve said it before and we’ll say it again: Just like humans, cats are a…